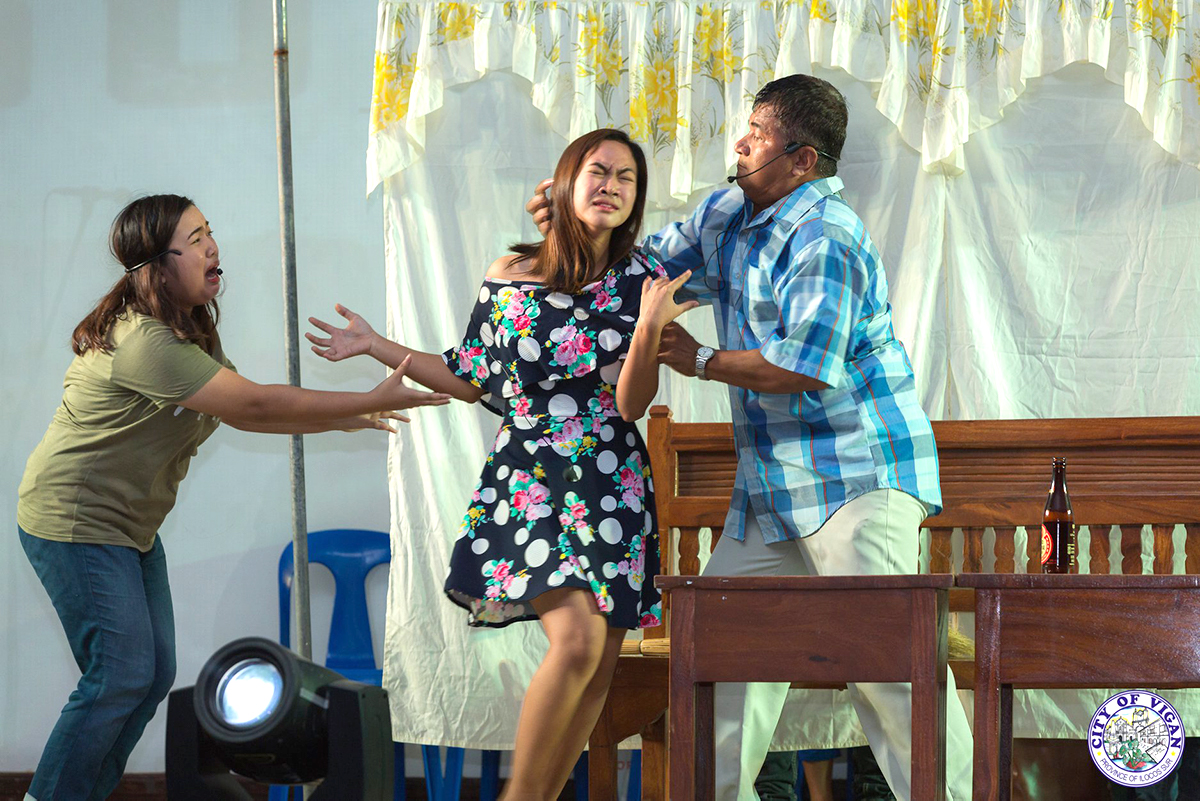 ZARZUELA ILOCANA. A moment of high drama is vividly portrayed in this scene from the Zarzuela Ilocana held on Sep. 6, 2019 at the Vigan Convention Center, Vigan City, Ilocos Sur. The event is one of the cultural activities lined-up by the city government to celebrate the World Heritage Cities Solidarity Festival this September. The festival is a brainchild of former Mayor Eva Marie S. Medina. Vigan City was included in the UNESCO World Heritage List in 1999 for being the “best-preserved example of a planned Spanish colonial town in Asia.” In 2014, the city was also named as one of the New Seven Wonders-Cities of the World (photo from the Vigan City Facebook Page)